Flutter and 'missing required architecture i386'

I had a moment the other day when I was trying to run my Flutter project on a simulator, using Xcode. Every time I tried to run the project the build would fail and show me lots of 'missing required architecture i386' errors. Usually everything works perfectly with Flutter and you don't spend a lot of time fighting with the tooling(like with React Native for example, maybe this has improved?). I was pretty perplexed about this at first, but it wasn't actually the first time I had run into the issue.

I tried searching on Google but it didn't come up with much. Then I thought about it for a moment... You can't actually run a Release build on a simulator with Flutter. All of this was because I hadn't changed from the 'Release' to the 'Debug' build in Xcode...

Here are the steps for solving this minor inconvenience:

I'll add a quick screenshot of the Xcode interface below. 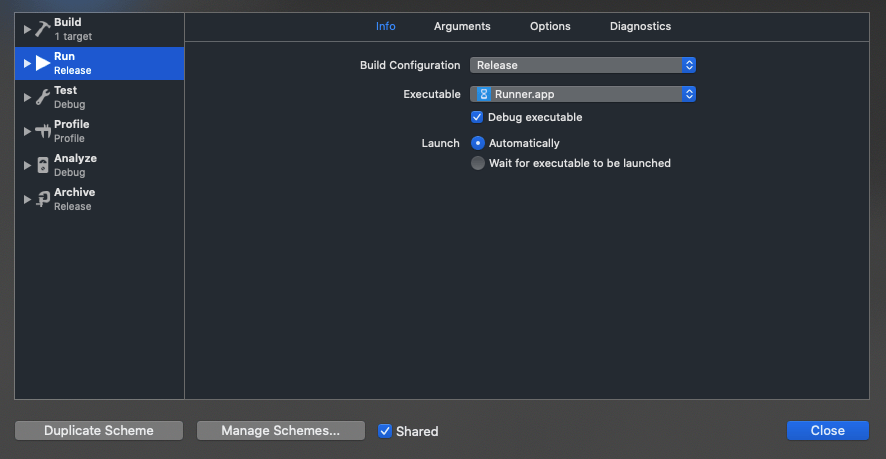 While fixing this wasn't such a big deal, and the solution was pretty obvious, I think the Flutter Team should change this. I'd like to be able to run the Release version of my project on simulators as well and I'm sure I'm not along. If you agree with me make sure you check out this issue and give it a thumbs up.